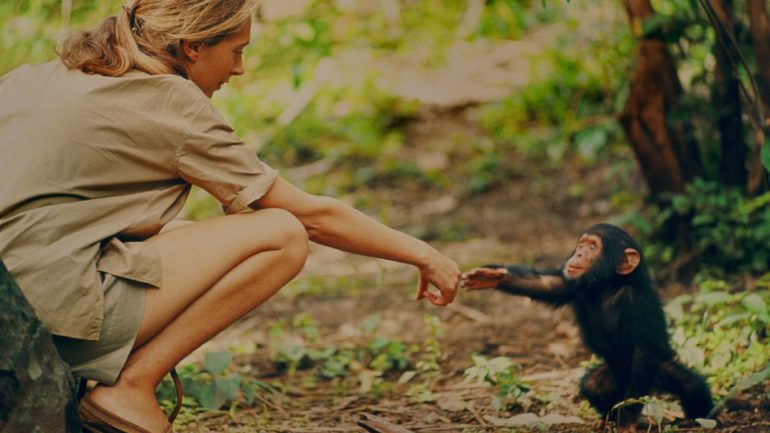 Dr. Jane Goodall’s work as a primatologist is celebrated in all of its cinematic splendor in Brett Morgan’s glorious tribute to a ground-breaking, trail-blazing woman who reshaped the way we think of animals and define being human. Her life and love story are vividly portrayed through never-before-seen archival footage, writings from her journals, and present-day interviews with Jane herself. In 1957, Jane was hired by Dr. Louis Leakey to embark on a 6-month study of chimpanzees in the wild in Tanzania, which led to her life-long career and love-affair with observing primates, not to mention her relationship with photographer Hugo van Lawick. Visually rife with poetic metaphors of the animal world mirroring the human world, this perceptive film cleverly reminds us of the wisdom that can be gleaned from patient observation. Produced by National Geographic and Winner of this year’s Primetime Emmy Awards for Non-fiction Directing and Cinematography.